Police Officers on the force

In recent years, security has become one of the greatest imperatives of every organization. Mounting geopolitical tension is increasing the likelihood of security threats, meaning that high profile events are requiring unprecedented levels of complex security protocol. The pandemic has also made contingency planning more challenging by limiting the ability to bring together large groups of people to do in-person planning.

The G7 Summit is one such example of a high-profile event requiring heightened security measures and contingency planning. As one of the most recognized inter-governmental meetings, the G7 Summit is an annual gathering of leaders from the seven wealthiest nations in the world who come together to align on a global approach to current economic, climate, and global security concerns.

When Devon and Cornwall, England became the host city for the 2021 G7 Summit, the local police force became yet another organization tasked with developing complex security protocols, while simultaneously limiting large physical gatherings for in-person planning. Beyond just ensuring the safety of world leaders attending the event, the police force was equally responsible for the safety of nearly two million citizens residing across over 10,270 kilometers.

The police force immediately identified two key areas that needed to be addressed during the planning. Firstly, there was the sheer amount of security measures needed, given that the Summit was to be hosted across two different locations. This meant the police force not only had to plan the travel routes from one location to the other, but they also needed the added insight of potential road barricades, traffic patterns, and even rooftop visibility of the road from buildings along the planned routes.

Secondly, it needed to plan and communicate safety measures with multiple partners across the world, representing each of the different leaders. In the midst of the COVID-19 pandemic, with gatherings and travel restrictions in place, this open and virtual dialogue was critical to ensure all parties were aligned with the security measures being put in place and felt confident in the protocols the police force had implemented. 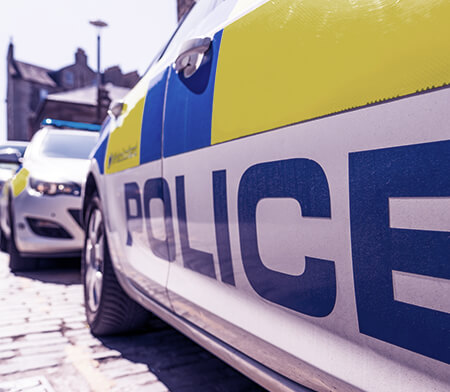 “The combination of all the GIS data and capabilities allowed us to create a virtual world that we could walk around in – visualizing where our officers were going to be stationed and where our partners needed to be. It allowed us to have a complete model of the operation before it had even begun.”

Early in the planning process, Devon and Cornwall Police determined that location intelligence would play a critical role in addressing these challenges. Specifically, it needed access to mapping capabilities that bring together data from multiple sources and formats to help provide the necessary context when assessing the safety protocols. The police force made the decision to leverage MapInfo Pro to help address its security and planning challenges. MapInfo Pro, a desktop mapping solution, enables customers to unlock location-based context from data and make confident decisions grounded in visualizations of data patterns that would otherwise be hidden.

The GIS team, led by Robert Goldsmith, GIS and Mapping Manager for Devon and Cornwall Police, took the lead on the project. Leveraging MapInfo Pro, Robert began the project by generating 2D gridded map books. The map books were complete with key locations and intel that could be shared both digitally and via hard copy with international partners, such as the U.S. Secret Service.

“The building of the 2D maps was a necessary first step in our planning process,” said Robert. “The data created with MapInfo Pro was fed into our 3D systems as we worked with other organizations in later phases of the planning process. When an external GIS platform shared its data with us, we could use the Universal Translator tools in MapInfo Pro to take the data from the different organizations and present it in a 2D format that we delivered through our shared drives with key stakeholders.”

As a next step, Devon and Cornwall Police began to augment the MapInfo Pro 2D maps by exploring 3D mapping capabilities with other solution providers. For example, height data from the Ordnance Survey was added to police drone aerial imagery, as well as 360-degree visualizations from NavVis VLX indoor 3D scanner.

With a ground view from MapInfo Pro, an aerial view from police footage and Ordnance Survey data, and an internal building view from NarVis VLX, Devon and Cornwall Police had a complete vantage point of every square kilometer they were tasked to protect.

“The building of the 2D maps was a necessary first step in our planning process. The data created with MapInfo Pro was fed into our 3D systems as we worked with other organizations in later phases of the planning process. When an external GIS platform shared its data with us, we could use the Universal Translator tools in MapInfo to take the data from the different organizations and present it in a 2D format that we delivered through our shared drives with key stakeholders.” 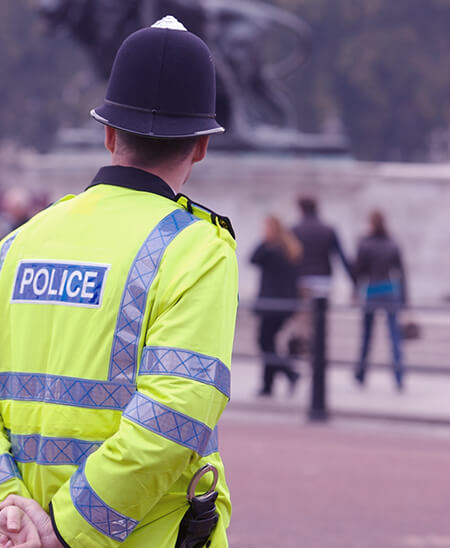 With the creative combination of multiple capabilities, across multiple organizations, that all worked in parallel, Devon and Cornwall Police created an end user experience unprecedented in the government space. Its officers and international partners were provided access to virtual reality headsets that made it possible for them to see inside of buildings, tour the floorplans, and visualize exactly where entry points and emergency exits were in relation to the meeting areas – all without ever needing to step on site. The system gave them the ability to see exactly what they would see as they entered and moved around a room, with the capacity to measure the distances between points and objects to an accuracy of just five millimeters. “The combination of all the GIS data and capabilities allowed us to create a virtual world that we could walk around in – visualizing where our officers were going to be stationed and where our partners needed to be. It allowed us to have a complete model of the operation before it had even begun.” said Goldsmith.

With high profile events, such as the G7 Summit, security details will often visit a meeting location in advance to properly assess the site and its security measures. By offering the virtual reality experience of the space, security details were able to perform these same security measures without physically traveling to the location. This helped eliminate the risk of traveling during a global pandemic, but also heavily reduced environmental impacts as a result of unnecessary travel. The G7 Summit went off without security hitch, with the GIS technology widely credited as being central to its success.

Location intelligence is essential to any data integrity initiative, particularly in government. Coincidentally, most of the data used by governments has a location component and could be leveraged for untapped insight by local authorities.

The G7 Summit is just one example of how location can be used for strategic security measures, but this same application can be used to inform myriad government agencies in the services they provide. As such, Robert has made it his mission to serve as a GIS evangelist, seeking to educate other government organizations about the broad benefits of GIS and data visualization capabilities, as well as stand up a dedicated GIS function within his organization.

With the maturation of GIS, tangible advantages, and economic and environmental efficiencies, Robert believes Devon and Cornwall Police have an untapped opportunity to do more to benefit from location intelligence. He envisions dedicated GIS to further help the police force to assess accessibility of both public and private services; assist in criminal investigations; plan the most efficient station for police officers each day; respond to an emergency with speed; and aid in future major event planning.

Beyond MapInfo Pro, Robert and his team are now assessing Precisely datasets that can enrich contingency planning. During the summer months, the counties of Devon and Cornwall triple in population size as tourists flock to the coastal area for holiday. As such, seasonal data could better inform Robert’s team about the necessary resources and planning required to respond to the influx of people, and to continue to maintain its position as one of the safest areas in England. 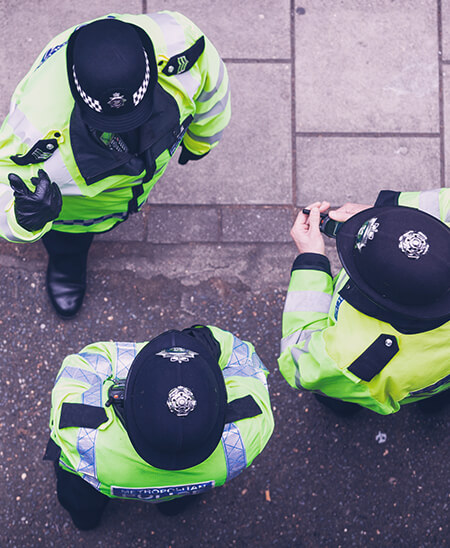