You know that big data involves lots of information. But have you ever stopped to think about just how much, exactly, goes into it? In other words, how big is big data, actually?

Before delving into the question, let’s discuss the difficulty of defining what big data actually means.

There is no official definition, of course. What one person considers big data may just be a traditional dataset in another person’s eyes.

That doesn’t mean that people don’t offer up various definitions for it, however. For example, some would define it as any type of information that is distributed across multiple systems.

On the other hand, you can have a distributed system that doesn’t involve much. For instance, if you mount your laptop’s 500-gigabyte hard disk over the network so that you can share it with other computers in your house, you would technically be creating a distributed data environment. But most people wouldn’t consider this an example of big data.

Another way to try to define it is to compare it to “little data.” In this definition, it is any type of information that is processed using advanced analytics tools, while little data is interpreted in less sophisticated ways. The actual size isn’t important in this definition.

This is also a valid way of thinking about what it means. The problem with this approach, however, is that there’s no clear line separating advanced analytics tools from basic software scripts. If you define it only as information that is analyzed on a complex analytics platform, you run the risk of excluding from your definition datasets that are processed using R instead, for instance.

So, there’s no universal definition, but there are multiple ways to think about it. That’s an important point to recognize because it highlights the fact that we can’t define it in quantifiable terms alone. 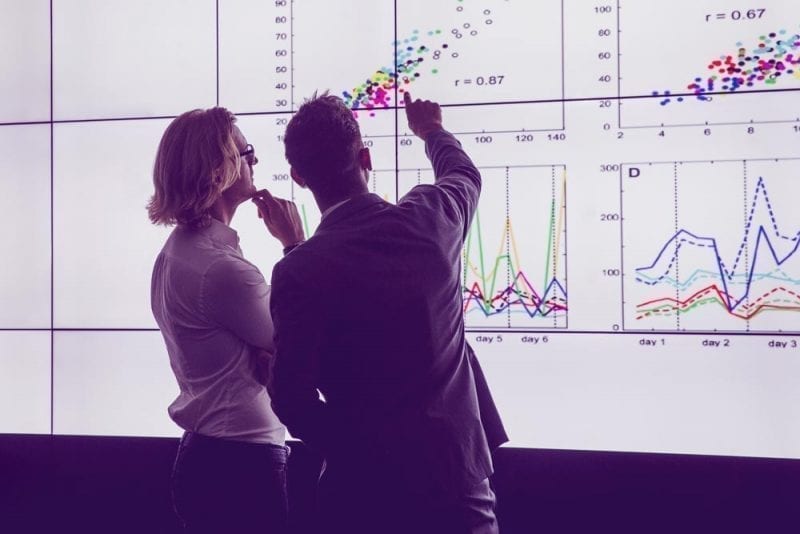 However, we can gain a sense of just how much information the average organization has to store and analyze today. Toward that end, here are some metrics that help put hard numbers on the scale:

All of the above are examples of sources of big data, no matter how you define it. Whether you analyze this type of information using a platform like Hadoop, and regardless of whether the systems that generate and store the information are distributed, it’s a safe bet that datasets like those described above would count as big data in most people’s books.

In a recent IDC survey, 56% of respondents indicated a lack of trust in their data analytics. Read the IDC report to understand how data integrity provides a firm foundation for data analytics and confident actions.

It’s also clear that the datasets represented above are huge. Even if your organization doesn’t work with the specific types of information described above, they provide a sense of just how much information various industries are generating today.

To work with it effectively, you need a streamlined approach. You need not just powerful analytics tools, but also a way to move it from its source to an analytics platform quickly. With so much information to process, you can’t waste time converting it between different formats or offloading it manually from an environment like a mainframe (where lots of those banking and other transactions take place) into a platform like Hadoop.

That’s where solutions like Precisely’s shine. Our data integration solutions automate the process of accessing and integrating information from legacy environments to next-generation platforms, to prepare it for analysis using modern tools.

When it comes to successful big data projects, the reality is your business is relying on you to get it right. Understanding that data is a strategic corporate asset, smart business leaders are establishing clear frameworks for ensuring data integrity.

See how accuracy and consistency in data, enhanced with context through location and enrichment can help companies achieve data integrity.

What Is a Data Pipeline and How Does It Work?

Data integration technology and practices have come a long way in the past two decades. The world has gradually moved away from batch integration between siloed systems toward a real-time data...

IT environments have grown vastly more complex in the past few decades, as enterprises have added a multitude of new data sources, all of which may necessitate data cleansing, matching, and...

Apache Kafka is the kind of product that is relatively easy to describe at a high level, but when it comes down to explaining the deeper advantages and potential use cases, it gets a bit harder to...